QLTG returns to 360Q for LowLight 2019 - Introducing our director! 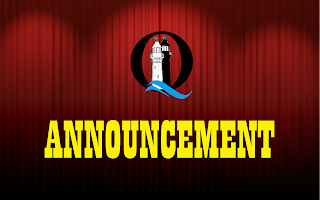 Following the success of last year's sellout season of After Dinner, QLTG are pleased to announce that we will be returning to 360Q for this year's LowLight festival in June.

We will be announcing this show very soon, as well as all the audition information, but first we are thrilled to welcome Robyn Birrell as director!

Robyn Birrell began her professional arts industry career as a founding member of the Mill Theatre Company in Geelong and later, within that community, undertook the joint roles of Program Manager for Geelong Performing Arts Centre and Executive Officer of the Victorian Association of Performing Arts Centres for over a decade. In 2006 she moved to NSW and assisted in the establishment of The Glasshouse, a new multi-art form cultural centre in Port Macquarie. In 2010 she returned to Melbourne, taking on the role of Artistic Producer, Performing Arts at Gasworks Arts Park and in 2012 she joined Arts Centre Melbourne’s (ACM) programming team working as the Producer on the Hamer Hall re-opening as well as programs such as Carnegie 18; New Music Theatre Program, Kenneth Myer Asian Theatre Season, Full Tilt and the long running Morning Melodies Season. By 2014 Robyn had crossed to the commercial side of the ACM business and took on the newly developed position of Venue Sales Manager. In this role she maintained the relationships with the key resident companies and drives the hiring revenue for the main theatres and the Hamer Hall.

Robyn has held Governance roles with Geelong’s Courthouse Inc., The Arts Industry Council of Victoria and Queenscliff Music Festival as well being on panels for Arts Victoria’s Regional Arts Development Fund, Community Liaison Officers and Professionals in Residence Development Fund and the Organisation’s Investment Program over a number of years. While working in regional NSW Robyn was a panel member for the Arts NSW Touring Fund Panel and NSW Dance Fund Panel and an Executive Board Member for INAPAC.

Queenscliffe Lighthouse Theatre Group are thrilled to have Robyn on board, and are looking forward to another successful joint venture with the LowLight Festival and the 360Q restaurant.