Blue or Red ..or maybe Both

Does the cast of Oliver! include one of your young friends or relatives?

Are you ready to book your family's seats to the show? Read on.. this is important.

We have two casts of children, who share the performances to avoid becoming over-tired. If you want to catch a particular young performer, please check whether they're in the Blue or Red team, before booking your seats.

To see when the Blue and Red teams are appearing, check our list of show times. Tickets are selling quickly, so buy yours SOON to secure your favourite seats. 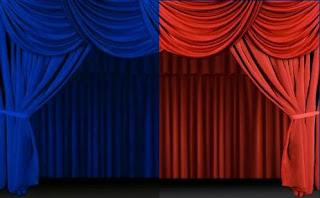 Another popular solution is to buy seats for TWO shows - one Blue team, one Red team. Both sets of kids are terrific performers with loads of energy, and they each bring a different personality. It's a great night out, so why not enjoy it twice?

PS. Teams are used only for children: the adult cast remains constant throughout.

If you cannot buy your tickets online, please visit our Box Office for walk-up sales.

We are open for Box Office sales 10am-12pm each Sunday until 10 March, at the Point Lonsdale School Hall in Bowen Road.


Therefore we suggest you buy tickets online if possible, as soon as possible.
If you plan to attend with a friend or relative, maybe they could make the online transaction on your behalf.


Online sales close automatically at 11:59pm on the night before each performance. Remaining seats are offered at the pre-performance Box Office, unless sold out.

Big Night Out for your Big Group?

We love seeing friends and social groups enjoying a Big Night Out at our shows - but with Oliver! ticket sales rising rapidly, it might soon be tricky to fit everyone into the same section of seats. Oh, the anxiety.. how can QLTG help?

To help you bring everyone along, we're offering Group Discounts: if you book at least 20 seats in a single online transaction, we will discount $2.00 per seat. See more detail below.

To access this discount, you must be authorised BEFORE you book your seats online. Click to Contact Us via the QLTG website: a ticketing volunteer will then be in touch, to help weave some discount magic for your group's Big Night Out.

Tip 1: It's okay for your "single online transaction" to include seats at several performances - so if your group is planning to attend a few times (maybe to catch both casts of children, the Blue and Red teams) you could access the discount by booking all your seats in one transaction.

Tip 2: Not so keen on sitting beside Kevin from Accounts? Don't fret - your Group Discount seats do NOT need to be in the same section, or even at the same performance. Sales are rising rapidly: to secure your preferred seats, visit qltg.org.au to organise your seats NOW.
Posted by QLTG at 2:00 PM

February reminders: Edwina and our AGM

Amidst the excitement of Oliver! rehearsals, we have two extra events this month..

Vote for QLTG's own Edwina, by 10 February

We've all been abuzz about Edwina Royce, our group's first Logie nominee! 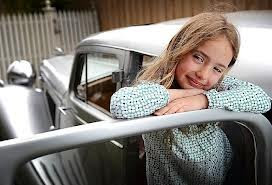 We've all seen a myriad of Edwina photos - so just for a change, this is her proud dad. 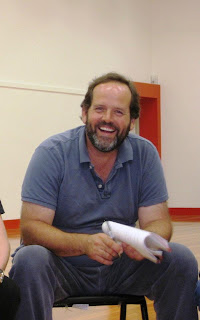 Ian scored the role of Mr Bumble in our upcoming Oliver! production, and during rehearsal he's been nailing it onto the parlour floor. Tickets available now, click to choose your seat online.


Remember our AGM on Thursday 28 February

The 2013 Annual General Meeting of Queenscliffe Lighthouse Theatre Group will be held at Point Lonsdale School Hall, starting at 8pm on Thursday 28 February.

Please attend the meeting to review another productive QLTG year, and to thank the current committee for their efforts. They're always looking for new faces with new energy - if you'd like to nominate, please Contact Us before 21 February for the nomination form.