Meet the cast - After Dinner 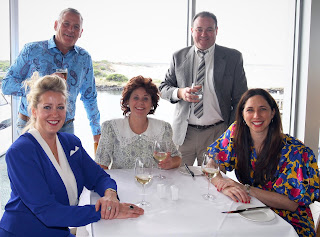 Introducing our outstanding After Dinner cast! 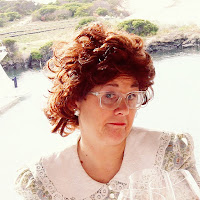 Dympie is a plain and conservative single woman. She is a creature of habit. Dympie is rather frumpy and unfashionable, resulting in the nickname “Dumpie Dympie”.

Jodie J Hill’s brand of humour has seen her perform on radio, television, film, festivals and events all around Australia. In 2014 Jodie had the honour of being invited to tour with the troops in Egypt and Dubai. Reflecting on her time in the Sinai Desert she wrote and performed a solo show, “Flirting with Danger” for the Adelaide Fringe and Melbourne Comedy Festival to favourable reviews.
“brilliant comedian…brilliant person! Four stars!” The Music
“hilarious” Four stars!” The Advertiser 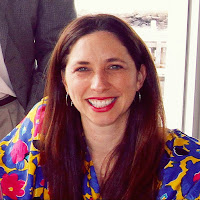 
Single and fashion forward Paula is eager to have a good time and likes to make everyone feel happy and comfortable.

Kate grew up in Geelong and performed in local theatre productions by GSODA, Geelong Lyric Theatre and Doorstep Productions before moving to Melbourne to study dance full time in 2001. Since then she has completed a Bachelor of Theatre Arts, a Master of Teaching and has lived in Perth, Montreal, London, Melbourne and Sydney.
In recent years Kate has developed an interest in improvised comedy and last year trained at the iconic iO (formally Improv Olympic) Theatre in Chicago for five weeks in their summer intensive program.
Kate has written and performed two one-woman shows, performing the first ‘Life as I knew it’ at the Adelaide Fringe in 2012 and the second ‘Losing you (twice)’ at The King St Theatre in Sydney and The Butterfly Club in Melbourne in 2017.
Kate is delighted to be making her QLTG debutand working alongside Debbie Fraser again - the last production they worked on together was The Little Mermaid for GSODA in 1998! 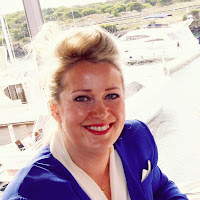 Monika is the most elegant of the three women and more experienced, having been married. Monika’s husband Martin has just passed away. With her grief she craves excitement with a man after years of monotony. She wants to pursue her dreams of freedom and passion.

Classically trained, Bernadette has played roles from Shakespeare to Ibsen, working in theatre and guest roles on television, as well as in primetime commercials.
One of Bernadette’s first roles at aged ten, was in The Man From Snowy River 2- a formative experience and charming introduction to film acting. She has played the role of Elizabeth Bennett in Pride and Prejudice, Thea Elvstd in Hedda Gabler and Bianca in Taming of the Shrew. Most recently she has played the role of Sheila in Geelong Repertory Theatre’s production of ‘Jakes Women’. Lucy Dean in the Queenscliffe Lighthouse Theatre Groups ‘Secret Bridesmaids Business’ and Mrs Darling in their 2018 summer production of ‘Peter Pan’.
On television she has performed in Blue Heelers and the tele-movie The Feds. She has performed the role of a police woman in short film ‘Sheppard’ doing the short film festival circuit this year.
TV Commercials have included Myer, Edward Beale, Levante Hosiery and infra commercials on the Bert Newton morning show.
Bernadette has attended workshops at VCA, NIDA, St Martins, Elliot Currie Method Melbourne and Actors Studio Sydney. She’s now emerging from the fog of mothering two gorgeous players, a boy and a girl, the better to renew her passion for the theatre
. 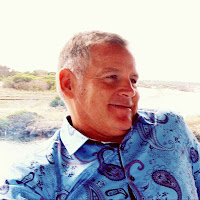 Stephen is quite masculine and is a stereotypical Australian male who likes a drink and goes to the pub to pick up women. He fancies himself quite the womaniser; however he feels sexually inadequate and has never had a long term relationship.
Stephen is fiercely  protective of his masculinity which is why he has an inability to communicate on a less than superficial level.

This is Peter's first appearance on stage in any capacity.
A couple of years ago he began acting classes with MooreGrace Acting Studios in Geelong and this was a huge leap into the unknown for him.
Married with three adult daughters he kept his acting secret from family and friends until they saw him in an RACV commercial on TV. He now has appeared in 3 commercials but has ceased acting classes for now as he has taken on a very different role. Peter is currently the Deputy Mayor of the City of Greater Geelong.
His wife says he has been acting a goat most of his life.
Is Peter out of his comfort zone? "You bet I am." 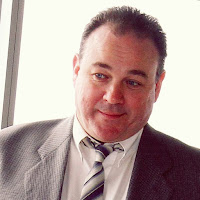 Gordon is a socially awkward, conservative and sensitive man. Gordon and his wife have separated. He is grieving and looking to talk about his feelings.
Gordon is behind the times and rather daggy. He is behind on current trends about quartz digital watches and the use of credit cards. Gordon spends a lot of the time feeling uncomfortable.

Dan has been a regular on various Geelong and Bellarine stages for over twenty years. His previous appearances with Queenscliffe Lighthouse Theatre Group have included the roles of Warbucks in Annie, Captain Von Trapp in the Sound of Music, the King of Siam in The King and I, Fagin in Oliver, and roles in DeCadence, Time Warp and Tapas, Return to Casting Capers and Calendar Girls. Dan served as President of QLTG in 2016 and produced the very successful QLTG shows Calendar Girls and Secret Bridesmaids’ Business.
Other highlights with a variety of Geelong theatre companies include Spamalot, Hairspray, The Producers, Les Miserables, Jesus Christ Superstar, Oklahoma, The Full Monty, Shout, Cabaret, Singing in the Rain and many, many more.
After Dinner marks Dan’s sixth QLTG show under the direction of Debbie Fraser and he has no doubt she is sick to death of the sight of him!