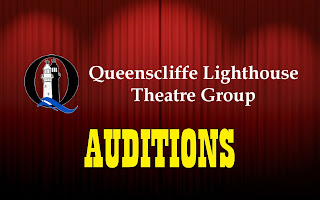 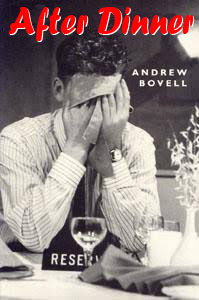 
Queenscliffe Lighthouse Theatre Group in collaboration with the Queenscliff Low Light Festival shall soon be holding auditions for the extremely entertaining Australian play AFTER DINNER by Andrew Bovell.

Directed by Debbie Fraser this production will be performed June 29/30 and July 5/6/7 at a restaurant in Queenscliff.

Auditions shall be held at Queenscliff RSL on Sunday 18th March commencing at 2pm.
Please phone Lyn Houldcroft on 0414 897 720 to reserve an audition time and come prepared with a monologue.

After Dinner is a poignant and hilarious collision of lonely hearts, sex, friendship and Friday night drinks set in a suburban pub, circa 1987. Paula, Monika and Dympie are going to paint the town red... or maybe just a deep shade of embarrassment.
In this comedic gem, some will relive memories. Many will be reminded of friends and lovers. You’ll all know the music... And a few might even recognise a little bit of you.

With wonderful reviews from recent QLTG productions Calendar Girls in 2016, Secret Bridesmaids Business 2017, and Peter Pan 2018, we have been attracting some amazing talented professional actors wanting to work with our boutique theatre to continue practicing their craft, as well as unearthing the rich local talent of actors in our region.

We are now in search for five actors to play the following characters;

Dympie is a plain and conservative single woman. She is a creature of habit. Dympie is rather frumpy and unfashionable, resulting in the nickname “Dumpie Dympie.

Single and fashion forward Paula is eager to have a good time and likes to make everyone feel happy and comfortable.

Monika is the most elegant of the three women and more experienced, having been married. Monika’s husband Martin has just passed away. With her grief she craves excitement with a man after years of monotony. She wants to pursue her dreams of freedom and passion.

Stephen is quite masculine and is a stereotypical Australian male who likes a drink and goes to the pub to pick up women. He fancies himself quite the womaniser; however he feels sexually inadequate and has never had a long term relationship.
Stephen is  fiercely  protective of his masculinity which is why he has an inability to communicate on a less than superficial level.

Gordon is a socially awkward, conservative and sensitive man. Gordon and his wife have separated. He is grieving and looking to talk about his feelings.
Gordon is behind the times and rather daggy. He is behind on current trends about quartz digital watches and the use of credit cards. Gordon spends a lot of the time feeling uncomfortable.